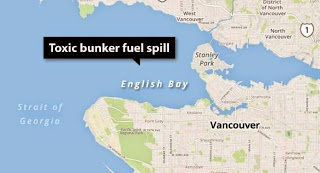 CBC is reporting that Vancouver's beaches have been made no-go areas after toxic fuel leaked into the waters of English Bay on Wednesday afternoon. It appears to be fuel from a grain ship. 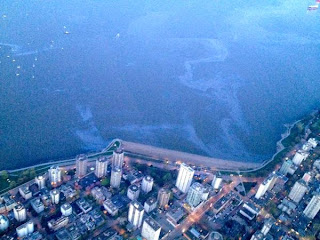 The political posturing around this disaster is disgusting. The Mayor of Vancouver is blaming the Federal and Provincial government and Christy airhead is blaming the coast guard. The coast guard? Really? They are in charge of oil spills now? We better tell them and equip them whith all this increased tanker traffic in such a small inlet. Why did Stephen Harper just close down a Vancouver coast Guard station in Vancouver? Fire him.