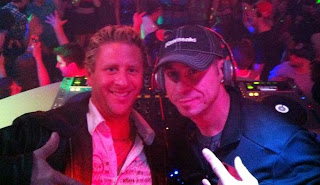 In January 2013 A man and woman from Moncton faced drug smuggling charges in Texas after being arrested at the U.S.-Mexico border with just under 16 kilos of cocaine - Anthony William Knockwood, 41, and Heather Patricia Keirstead, 25.

In August 2013 RCMP intercepted a recreational vehicle on Highway 15 near Shediac, New Brunswick. A search of the RV enabled police to seize approximately 19,000 methamphetamine pills, 11 kilograms of cannabis resin and 3 kilograms of cocaine. As part of the investigation, investigators also executed search warrants on August 15 at 40 Inglis Street in Shediac and at the Old Cosmo Bar Complex on Westmorland Street in Moncton. These additional searches resulted in the seizure of drug trafficking paraphernalia.

A 41-year-old man from Dieppe, Luc LeBlanc and a 25-year-old man from Moncton, Jeffrey Bujold, appeared in Moncton Provincial Court on August 16. The two men have been charged jointly with 3 counts of trafficking controlled substances and 3 counts of possession of a controlled substance for the purpose of trafficking under sections 5(1) and 5(2) of the Controlled Drug and Substances Act. Jeff Gallant owns the Old Cosmo in Moncton, New Brunswick and is seen in the above picture posing with Luc Leblanc. Knockwood was the head bouncer at the Old Cosmo for years. July 2012 Jeff Gallant was arrested with just under a kilo of cocaine in a traffic stop in Cumberland County, Nova Scotia. Yo bro, my mother was born in Amherst. My father's mother was born in Woodstock. Take your cocaine and cram it up your a*s.

This French news report states that Luc LeBlanc and his wife Michelle have been charged with conspiring to import cocaine into Canada between 1 November 2012 and 30 April 2013. In an indictment filed January 21, it is alleged that Mr. and Mrs. LeBlanc worked with Anthony and Heather Knockwood Keirstead two individuals arrested at the Mexican border January 21, 2013.

Jeff Galant is on Charlie Bacchus' friends list. Charlie Burrell is the National President of Buttkiss. Imagine that. Bacchus are puppets that sell drugs for the Hells Angels. 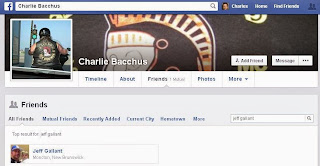