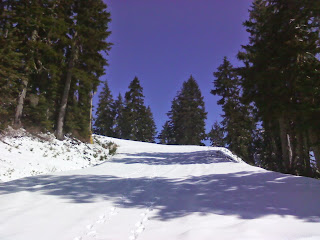 Well this was a pleasant surprise. We finally got some sunshine today so I went to Cypress and hiked up sky chair. I was rather shocked to see snow on the side of the road since this season has been a complete failure on the west coast and the local ski hills have been bare since January. The east coast is getting nailed with snow which usually happens when we get an el nino but our ski season this year just didn't happen. 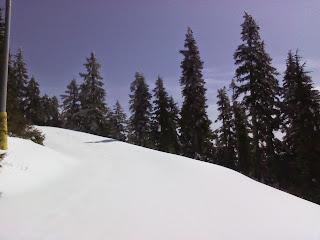 Today there was two inches of fresh snow at the base and the higher you climbed the more fresh snow - four inches, six, then eight at the top. I know it doesn't seem like much but it was a nice surprise since the hills have been completely bare for so long. There is nothing that symbolizes a fresh start more than a fresh snowfall. It was as U2 described, a beautiful day. 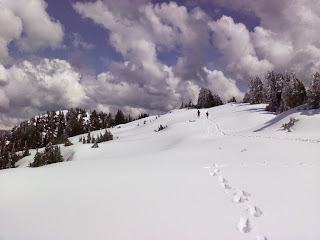 I had an old friend send me an e-mail saying he was sitting in church thinking about me and asked if I went to church for Easter this year. Nope I said. I'm heading up to the mountains. That's my church now. It helps me keep things in perspective. Thanks for asking I said and reminded him he's not supposed to be on his phone at church. Today's pilgrimage was very peaceful. 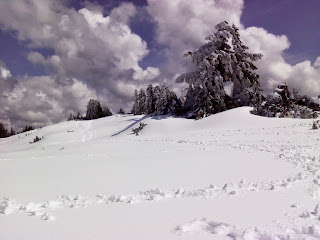 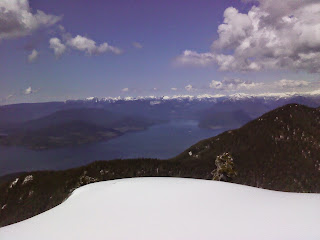 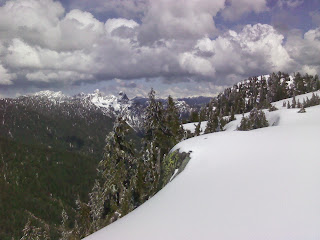 Just for the record, I never said my kids were minors. I always say they are all grown up now and they most certainly don't contribute to the blog. Up until recently they had no idea I did the blog. My daughter doesn't want me doing it and my son is petrified of it. He doesn't understand it because he has absolutely no desire to have anything to do with that lifestyle at all and cannot comprehend those who do. All his friends make fun of Surrey Jacks like everyone else does. What I did say is that only a piece of sh*t threatens to harm someone's daughter and that is true. History has recorded that. It is what it is and we are what we are. Circumstances don't make the man they reveal him to himself and the world. Peace.