A salute to Jackie Chan and Bruce Lee 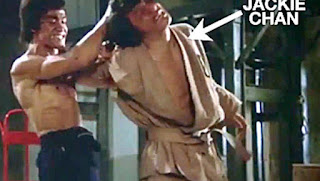 Jackie Chan and Bruce Lee are two legendary martial artists from China who have captivated the hearts of North America for generations.Bruce Lee was more serious into the combat martial arts while Jackie Chan took it to a new level adding comedy with his amazing talent. Bruce Lee was the pioneer. The movie Dragon with Jason Lee is a great overview of his life story illustrating some of the prejudices he faced in North America as well as some of the barriers he had to break down to earn the right to teach martial arts to anyone who wanted to learn.

Bruce Lee's foundation was Wing Chun as taught by Grandmaster Yip Man. Donnie Yen did an excellent job portraying the life of Yip Man in another movie of the same name. Looks like he made a Yip Man 2 and 3 as well. I'll have to check those out. Yet although Bruce Lee's foundation was Wing Chun he was the pioneer for mixed martial arts. I often joke with kids now a days and tell them I studied MMA before it was called MMA, back when it was called JKD as in Jeet Kune Do. Bruce Lee wrote the Tao of Jeet Kune Do which was the style with no style. Dan Insanto was a student of Bruce Lee and coined the phrase absorb what is useful.

Bruce Lee was famous for movies like Fists of Fury, and Enter the Dragon. The movie Dragon highlighted the time when Bruce Lee played Kato for the Green Hornet which was tastefully and skillfully recreated in the movie Green Hornet with Jay Chou and Seth Rogen. Seth Rogen added the humor and Jay Chou added the skillful intelligence. Cameron Diaz was the beauty and the brains of that operation.

Bruce Lee's role as Kato was miles ahead of it's time. That was back when they were still doing ridiculous fight scenes with the old Batman and Robin series. In fact, Bruce Lee was suposed to go up against Robin as Kato. The script said Bruce Lee was supposed to lose to Robin but Bruce Lee said no way so they made it a draw. Bruce Lee could have kicked all their ass IRL.

Last night I watched the Chinese Zodiac with Jackie Chan on Netflix. Jackie Chan was the one who took martial arts to a whole new level. He added humour to the art welcoming in a new world of viewers. His series of movies called Rush Hour with Chris Tucker are legendary. I'm a bit hesitant about the spin off series on Netflix because there is only one Jackie Chan and one Chris Tucker but I'll give it a chance. I'm more excited about rumours of a Rush Hour 4 in the mix.

Jackie Chan told a funny story about how he was on the set with Bruce Lee in the filming of enter the dragon. That's how Chuck Norris also got his start. At the end of the movie Chinese Zodiac, it showed some Jackie Chan outtakes over the years. He's been around since the Battle Creek Brawl and the Rumble In The Bronx. His out takes are always funny to watch. Not that it's funny to see anyone get hurt but he does an amazing amount of his own stunts.

When my son was young I never taught him martial arts. I drove him to music lessons instead. I didn't want him to be confrontational like me. I wanted him to be different and he is. He's a really nice guy. My daugher is more like me despite my attempts to steer her away from that. Sometimes you just can't fight genetics. I guess that's why she was a bit teary eyed in Sylvester Stallone's recent movie Creed. It kind of hit home. In the movie Rocky didn't teach his son to box. He said his son is a really nice guy and wanted to get out from under his dad's shadow so he moved away to a place called Vancouver. It was nice for Stallone to put in a plug for our city.

When I was young before I traveled I went to the Gung fu school in Surrey which was run by Kirck Jacques who was amazingly fit and talented. Kirk trained Ernie Jackson who went on to stunts in the movie industry. Jackie Chan has a lifetime of dangerous stunts for the world to see. His heart, his soul and his humour has made this world a better place. That we will remember forever. After all, it is laughter that can heal the broken heart so it can. Peace. 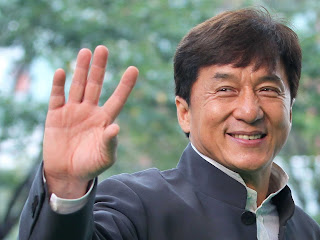 Back in New York there was a guy that called himself Wing Chun. I was like yo man why did you pick that name? You do know Wing Chun was a girl. Evidently not. I meant no disrespect. Wing Chun is an amazing martial art. It's structurally fast. Bruce Lee studied it. It's just that Wing Chun was named after a woman who founded the style. If he had really studied it he would have known that. The guy obviously had some martial arts training. He had moves. I just didn't see any Wing Chun in his arsenal. The guy was part of the original Magnificent 13 but after he left the group his loyalties became a bit confused. Wing Chun was convinced Curtis Sliwa shot himself as a false flag attack when he was making fun of John Gotti on his radio show. I told the guy straight up that was crazy. Curtis pulled some publicity stunts when the group first started but I could tell you many more real life stories of Curtis' courage and valour on the street.