Zen and the art of Christianity 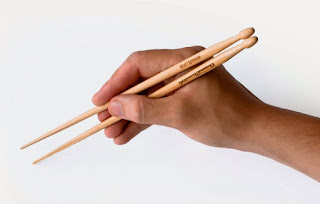 When I was young I studied the martial art and became interested in some of the eastern philosophies that went along with it. The purpose of the martial arts was to preserve and protect not to control and dominate. I was intrigued by Confucius, Taoism and with Zen.

Zen can be applied to anything - Buddhism, Christianity, Physics, Archery, even the game of Tennis. When I started riding motorcycles I enjoyed a book called Zen and the art of motorcycle maintenance. All religions have the golden rule: treat others the way you want to be treated. It's pretty basic. If everyone lived by that principle this world would be a better place. The Dali Lama once said all the teachings of Buddha can be distilled into two sentences: "If you can, help others. If you can't do that, at least do no harm to them."

Zen talks about enlightenment or nirvana. An enlightened sage does not covet or hoard material possessions and they most certainly don't oppress the homeless to obtain them. In my studies I came across a story about a chinese painting of heaven and hell.

In Hell everyone was sitting at a large banquet table full of food.Yet everyone was in torment. The only way to eat the food was with chopsticks longer than your arm. They had all this wonderful food in front of them but they were unable to eat it because they couldn't feed themselves. Heaven was the same table of food and the same eating utensils. The only difference is that everyone was happy. They were feeding each other.