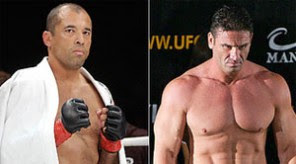 Someone said Royce Gracie and Ken Shamrock are fighting tonight. Not a rerun but a new fight. That is awesome. These are two legends that put MMA on the map. Now they're old and still busting sh*t out. Live results. 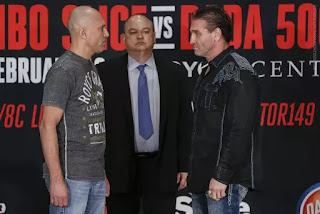 Ken Shamrock was buff with a background in shootfighting and was one of the few guys in the beginning that could execute ankle locks. Royce Gracie was the one who put everything on the map. Taking a striker to the ground and choking him out from a million different angles. Royce wasn't that big but he was skillful and took out guys much bigger then him before they had weight classes. Mad harsh respect to them both.

Sylvester Stallone and Robert De Niro were in a movie called Grudge Match where two former boxing rivals finally go at it in their old age. It wasn't a five star move but it was well done. I liked it. Everything Stallone does is classy with a good moral. Rocky Balboa was awesome when he went up against a much younger kid in his prime. The young kid takes one look at Rocky and says it's over. Rocky says it ain't over until it's over. The kids scoffs and says what's that from the /80's? He pauses thinking for a second then embarrassed answers naw I think that's from the /70's. Stallone's most recent movie Creed is a classic. Hard to imagine he was born in 1946. 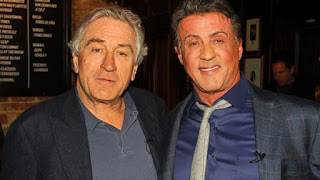 Deadpool is out. It was filmed here in Vancouver and has several Canadian jokes.