Not that it matters, but on a matter of personal priveledge I will once again reiterate my position on religious freedom. I am no longer involved with any specific religious organization. I have many friends who are. I have friends who are Catholic, Protestant, Jewish and Muslim as well as staunch Atheists. I passionately support religions freedom just like Thomas Paine did.

I support a free republic. I believe adapting a single state religion is as bad as abolishing religion altogether. Both roads lead to the same place - Dictatorship. The flag for the Republic of Ireland is called the tricolour. It is Green, White and Orange. Green represents Catholics, Orange represents Protestants and White represents peace between the two. This is the model I support. 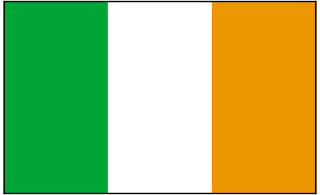 The worthless troll is now stalking and threatening my daughter. He knows where I live. All he has to do is face me and we can end the conflict instantly. He won't do that because he is afraid. He is the one in hiding not me. He's hiding from the police because a warrant has been issued for his arrest for violating yet another court order as well as the terms and conditions of his probation.

My daughter's religious affiliation is private and is no one else's business. Defaming my daughter and her religion is not only cheap and dirty, it is discrimination on prohibited grounds. I support my daughters religious beliefs just like any other responsible father would. In a world full of hate and intolerance we need to support moral values.

Martin Luther King said when evil men burn and bomb, good men and women must build and bind. I quote Martin Luther King because he was a Protestant. I also quote Mother Teresa because she was a Catholic. Both were inspired. I don't believe all religions are true, I believe all religions have a right to exist. When someone slanders Mother Teresa I just roll my eyes and say get a life. She was a wonderful example of what pure religion is really all about.

As for the worthless toll, Jesus loves you but everyone else thinks you're an idiot.