Johnny Newcome's chop shop back in the news 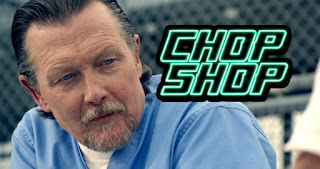 The Vancouver Sun is reporting that "A B.C. man that the province said was behind one of the largest-scale chop shops ever busted in the Okanagan has agreed to forfeit customized motorcycles. A news release from the province said John Newcome reached a court approved settlement and signed over two dozen complete or partial motorcycles, including custom Harley-Davidsons, to B.C.’s Civil Forfeiture Office."

This largest-scale chop shops ever busted in the Okanagan was tied directly to the Kelowna Hells Angels and as David Giles admitted on wire tap, not all Hells Angels are personally involved in criminal activity but when anyone uses the name of the club for criminal activity they have to have the approval of the local executive first. That means that convicted cocaine trafficker David Giles had to have approved this chop shop for that Hells Angels associate to use the name of the club to conduct business.

It's interesting to note that this case is back in the news now as a press release from the provincial government right before a provincial election. Funny they should mention this case. Before this largest ever chop shop tied to the Hells Angels was busted, the official gang task force spokesperson for the province went on record to state that the Hells Angels aren't a problem in Kelowna, the other guys are. Not.

Right after that a joint task force including the Outlaw Motorcycle Gang Unit proved him wrong in a very big way by busting David Giles and numerous Kelowna Hells Angels associates in yet another huge drug trafficking ring as well as a huge stolen car, boat and motorcycle ring. So how did the Christy Clark government respond? They immediately disband the OMGU and cut funding to the Gang Task force. The hard working officers involved in the bust were all transferred to other departments like IHIT, then the next spin doctor they put in charge went back to saying the Hells Angels aren't a problem here any more. Thus the circus side show continues unbridled.

Interesting to note that the province specifically bragged about seizing numerous stolen Harley Davidsons as the proceeds of crime. Seizing stolen vehicles? How about return them to their rightful owners? They only seized the motorcycles but not the cars and boats? Were those returned to their rightful owners? Handing over the stolen motorcycles got Johnny Newcome a get out of jail free card. Pat Fogarty was the one that covered up the RCMP's sabotage of Operation Pheonix which targeted Weirrd Hal Porteous.

On that note, the Vancouver Sun is reporting that "B.C. is the front line of a developing skirmish between federal Finance Department officials and Canadian lawyers over rules designed to fight money laundering. In a Supreme Court of Canada ruling in 2015, lawyers won an exemption from reporting requirements that apply to other professionals, such as bankers and real estate agents. The ruling was based on concerns about lawyer-client privilege. B.C. lawyers argued they protect confidentiality while counteracting money laundering risks by policing themselves."

Lawyers are policing themselves on money laundering. Great idea. At a local demonstration one concerned citizen asked me at what point a crooked lawyer becomes an honest judge? Is there supposed to be some kind of epiphany that takes place because I'm not seeing it. Me either. Peter Leask has yet to retire when he ages out at 75. That is a crime all in itself. 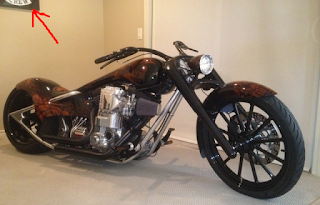