Women's rights in the DTES 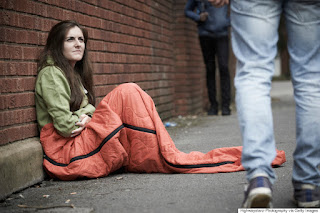 Lately we've seen Women's rights being pimped out for political purposes. Reflecting on the extremes, I'm forced to ask about Women's rights in the DTES. Several years ago I made a post stating that East Van doesn't look after it's own. I was addressing the misconception that the homeless are safe in East Vancouver because everyone claims East Van takes care of their own.

Times have changed. East Vancouver is the epicentre of exploitation. Harm reduction without the other three pillars (Enforcement, Treatment & Prevention) has simply poured gasoline on the forest file of violence. The elderly and weak are regularly robbed and assaulted in the DTES. East Van doesn't take care of it's own, they eat their own. The spike in predatory violence is fueled by the drug trade we are enabling and promoting with tax dollars.

Sadly, it's not just the elderly that are being targeted. The number of sexual assaults against women in the DTES has skyrocketed. At least we gave them a clean needle and a clean crack pipe before the sexually assaulted a woman in the DTES. Can we not see the irony and the criminal culpability of our socially irresponsible conduct?

Last year I made post about Women suffering in the DTES. It was a result of my observations helping a group of volunteers hand out clothes at Pigeon corner in the DTES. Last year we had a few female leaders with us. They were told by other women living in the DTES that they were not comfortable on Pigeon corner because they get sexually assaulted there by other addicts.

Last Saturday we were there again and heard more horror stories of women being raped and exploited in the DTES. The first thought that came to mind was the hypocrisy of the woman's marches that are motivated by political purposes when we see complete exploitation of women in the DTES and no one is saying a word about it because the perpetrators of the violence are the ones we are enabling in the drug trade.

What we are doing in the DTES is wrong. History has recorded that. 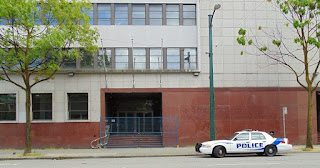 Overall, Canada is pretty good with regards to women's rights. Most places of employment have pay equity. A women and a man earn the same wage in the same job. Most places of employment, other than the RCMP, realize that sexual harassment in the workplace is illegal. But how about a woman's right to be safe? That is where we are failing. As a result, Gregor Robertson has proven to be an enemy of women's rights in the real world.