The Canadian and American Budgets: State of the Fraud 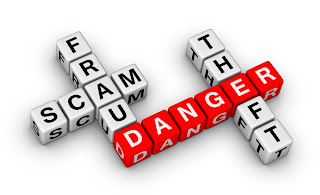 The US Media were all over Trumps budget. It is insanely painful to watch the CIA's ridiculous spam using the mainstream media like a puppet of propaganda. They are still going on and on about the false claim that Russia hacked the US election. No they didn't, the Mainstream media lied in their polls just like they lied about Iraq's weapons of Mass Destruction.

The main thrust of the American budget was to do away with Obamacare and increase military spending to record levels. Now I'm all for military spending. Canada could improve greatly in this area. It's just that I'm for smart spending and fiscally responsible spending. The Boeing super hornet is good, the F-35 are not. THAAD missile defense is good but the Rafael is better. Canada should have some of these like Israel's Iron Dome.

Increasing the Pentagon's budget to record levels is nothing to be happy about. The Pentagon cannot account for half of what it spends. The day before 9/11 Donald Rumsfeld announced that the Pentagon couldn't account for 3 trillion dollars. After 9/11 that figure went right off the charts. If that is not organized crime, I don't know what it.

In Canada Harm Promotion is hell bent on destroying our public healthcare system with prescription heroin and the perpetual pharmaceutical fraud that we are funding with tax dollars. On top of that, the BC Hydro fraud has pushed us right to the edge of the fiscal cliff. Christy Clark's perpetual fudge it budgets keep hiding that fact with smoke and mirrors but unfortunately no sleight of hand with make that criminal act of fraud go away. The only thing that will fix that fraud is by bringing back the private power brokers that sell power to the public company at above market rates. Terson Gas is fine but the power brokers that sell power to BC Hydro are not. That fraud needs to be addressed this election while we still can.