2 More Homicides in Surrey - One ID'd 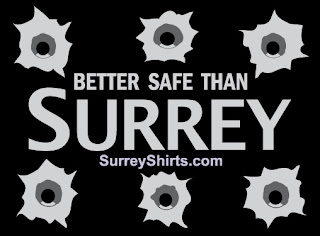 Global is reporting that "Homicide investigators have been called to the scene of a sudden death in Surrey on Tuesday. Surrey RCMP says officers were called to the 13300 block of 114 Avenue around 3:15, to reports of an injured man laying on the ground. Paramedics attended the scene, and the man was taken to hospital in critical condition. He later died of his injuries." It must have been another suicide. He must have beat himself to death.

On that note, Global is reporting that "Surrey RCMP say a man has potentially life-altering injuries after a stabbing Tuesday night near Surrey Memorial Hospital. Mounties say it happened just after 8 p.m. in the 13700 block of 97A avenue. A 32-year-old man was found with stab wounds and was sent to hospital in serious condition. They believe it was an altercation between two people who know each other and there is no apparent risk to the public." 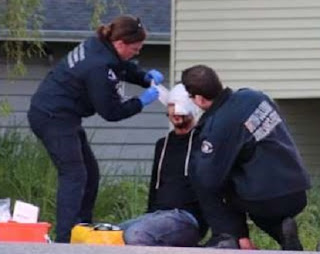 Update: The Peace arch News is reporting that "Homicide investigators say Sechelt resident Khan Michael Bourne, 32, was shot dead in Whalley on Tuesday afternoon. Surrey Mounties were called to the 13300-block of 114th Avenue at 3:18 p.m. about a man lying on the ground, suffering from gunshot wounds. He died in hospital." Our condolences to the family. 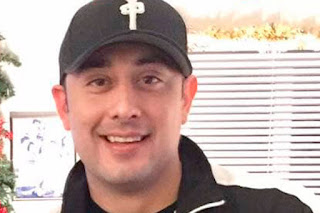 Update: Global is reporting that "A man is dead after an apparent targeted shooting in Surrey, police confirmed Friday evening. Surrey RCMP descended on the Fraser Heights neighbourhood just after 5 p.m. after several reports of shots fired in the area of 176th Street and Abbey Drive. Police said a man was found suffering from gunshot wounds, but was pronounced dead at the scene despite efforts to revive him. It’s believed the man was in his 20s."