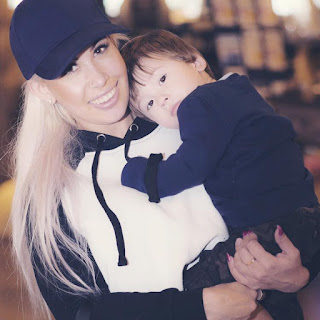 The Daily Hive is reporting that "Police are investigating after the sudden death of a woman in the Okanagan Lake. On Sunday, April 21, at approximately 2:23 pm, police and emergency crews rushed to Gyro Beach, after receiving reports of a person floating face down in the water, just off the shore." That is tragic. A GofundMe page has been set up for her son.

“At this point in the investigation, although Caitlin’s death has not yet been officially classified, our investigators do not believe criminality was involved,” he adds. That makes no sense whatsoever.

That can only imply accident or suicide neither of which is plausible. No one jumps off a floating bridge to commit suicide. A mother with a young child she adores does not commit suicide. If people were drinking and someone fell off a boat that would have been reported before hand. None of that makes sense. Castanet reported that she was a dancer. What type of dancer? We all know who runs the crime in Kelowna. A leopard doesn't change it's spots.

We all know who *really* runs the Garden of Eden in Kelowna. The *boys* get their cut or should I say the boy. What consenting adults do behind closed door is there business but murder is not consensual. When dead bodies start turning up that becomes everyone's business especially when kids are involved. An ex cop named Arnie Miller is the front man for the only public brothel in Kelowna whose sex trade workers use drugs supplied by the HAs. That sounds an awful lot like the Dianne Rock story and the Pickton Farm to me. Buyer Beware.

Update: Have a look at Caitlin's obituary. She adored her son. She did not commit suicide.