The Vancouver gas fraud is out of control 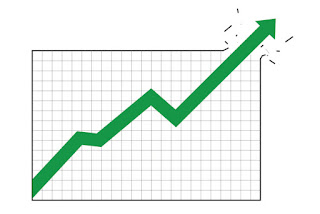 We all know that we pay the highest price for gas in metro Vancouver then the rest of North America. Why do they charge so much here? Because we let them. It's just like the price of hockey tickets. We pay a lot more to watch a hockey game here in Vancouver then anywhere in the US and it's the same league.

The problem is obvious. It's the oil monopoly. There is no free market. We must either break the monopoly or nationalize the oil. One or the other. In the mean time there is something we can do. Vancouver has a port, Alberta does not. If you want to use our port you have to stop f*cking us over at the pump. We need to stop exporting oil and start importing oil tankers from Russia. That is the only thing that will fix the problem. Supply and demand. They keep f*cking us over so we start buying from someone else. It's that simple.

"Great! Sell our crude to China as we pay high gas prices in Vancouver, and they want to export more crude oil. We are not using our own oil to provide for the domestic market. How about the federal government invest in our own natural resources so that we can deliver to our own citizens. We need fuel too. And China has just hurt Canadian farmers by stopping the purchase of our canola." Gord Freeborn, Delta

We’re being gouged: "According to a recent article, the explanations for the gas-price hike in Vancouver is a switch to a summer blend and that two of four Washington state refineries are down for maintenance. So why have Seattle gas prices been falling since January, according to the U.S. Energy Information Administration? We are being gouged for no good reason. Our prices are consistently 35- to 50-per-cent higher than in Toronto, let alone the U.S. What can we do about it?" Pete Taylor, North Vancouver