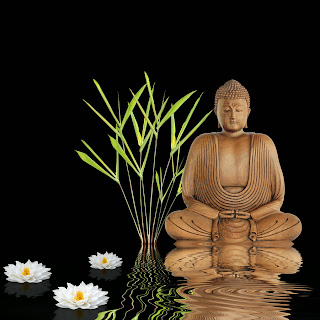 Since the flood gates of death threats have opened wide open, understandably I've been forced to reflect. My daughter's pissed. She's like well if we die I hope it was worth it. Not really. Making fun of gangsters isn't something I'd be proud to carry on my tombstone. Yet it really is much bigger than that. Yes gang members who walk around with man purses and get their eyebrows done at Merl Normans look in my opinion ridiculous. Yes I do believe that. I do think puppet club bikers who wear tennis shoes on their motorcycle also look ridiculous. I do believe that. It is what it is. However, the intent of my web site and blog goes much deeper than that.

Once upon a time two innocent victims were executed in a gang hit known as the Surrey Six. That created a lot of public outrage. I attended a rally against gang violence at Bear Creek Park when the mother of one of those innocent victims spoke. She was heart broken. She made a public appeal for a website to identify known gang members. She said the public needs to know. Every time there's a gang related shooting we hear the victim was known to the police. Well if they are known to the police why aren't they known to the public? She said they did not know they were living next door to gang members and if they had known her son might still be alive today.

I thought to myself, I could do that. I knew there would be legal challenges over privacy issues but weighing that with public safety created a grey area. When I started the blog and web site the Abbotsford Police department said they would actually be doing it themselves. I said three cheers. Please do. They never did. Kash Heed made a public appeal for a similar web site. That never went anywhere. Then someone, I believe Bill Fordy, sent out press releases to Kim Bolan saying they were actually going to do it themselves. That still hasn't happened.

Now I know my blog and website has created a lot of controversy. Some said I started off with good intentions but went crazy. Sorry to say I was crazy before I started the blog. I had to have been to take the project on. Yes I have made mistakes. Yes making those kind of mistakes are serious. However, if it was brought to my attention that I ever made a mistake, I promptly corrected that mistake. Just like a newspaper prints a retraction.

I want to be clear that I have never made a penny from this web site. People have offered to donate and I said thanks but no. Donate to a homeless shelter in East Vancouver instead. Then people criticized that too. Some people just need something to complain about and will never be happy no matter what you do. I wasn't in this for the money or the glory. I answered the heartfelt plea of a grieving mother. It wasn't about selling newspapers or making money from advertizing on the site. There was more to it than that. It was a cause I genuinely believed in.

All the death threats when I started the web site became rampant and toxic. I turned comments to moderated to reduce them. The consistent threats to rape my daughter were outrageous. That really crossed the line. It enraged me. How dare they do that? It just showed how important it was to expose these kind of criminals. I have never put anyone's life at risk. Ever. I've had some people send me pictures of some low level dealers and I refused to post them because like the Dhurry Dhak Pack I knew posting their picture would likely see them executed. That was not the purpose of my blog. The purpose of my blog was to stop the violence not perpetuate it.

So what did I get right? An online news source did an interview with me after I posted the name of a person who was decapitated for a drug debt and named the group responsible for the murder. They did the interview after the police confirmed that the name was right and so was the group responsible. I posted it before any other media source. I got that one right.

I also posted the names of two individuals arrested in a top level drug bust on Vancouver Island months before the police released their names. I got that one right too. However, I did make a mistake in my interpretation of a funeral photo that looked very similar to a UN photo. It turned out none of the people in that picture were members of the UN. I had made a colossal mistake. Thankfully no one was hurt and I took the picture and claims down.

Now I realize getting five thousand things right does not make up for getting one thing wrong. Especially when getting something like that wrong is so serious. This is why it's so important to check the source and be absolutely sure before you make any claims that aren't true. That is why for the most part, I simply quote a newspaper or report on criminal records I found in the online database. Sometimes I have reported on what I felt was a credible source, one time I made a mistake. A big one.

It turns out that funeral was for a high school friend who had epilepsy and was never allowed to get a drivers license. Turns out he died in an ATV accident. Tragic and it had absolutely nothing to do with drug trafficking or the gang life. Although many people in that picture had criminal records for B&E as well as grow rips. It was nonetheless, just a bunch of friends from school in Surrey who knew each other. It was not a UN photo.

What makes matters worse is the guy I saw at the Front Room collecting money from a resident wasn't a supplier collecting from a dealer. It was a guy who admitted he used to sell crack but stopped simply collecting money for a used ipod he sold to a guy at the Front Room. When I first heard that explanation I said to myself bullshit. Then I thought, what if it really was true? That would be a huge mistake to make. Ya gotta admit what I saw looked very suspicious. Especially when then guy admitted he used to sell crack in the past. Yet when he said he doesn't like going there because it's still a temptation for him to use and that it's easy to see who really is selling there something in his words just rang true. He was telling me the truth and I made a big mistake.

Recently it was brought to my attention that there was one picture related to that group photo I forgot to take down. I said the guy had a ship load of friends who were members of the UN. There were a ship load of guys in that group photo who were his friends on facebook. Only they weren't members of the UN. I finally caught up with a member of the UN that was bitching me out for something and asked him. He said there was not a single guy in that picture who was with them. That confirmed I had made a mistake and the unlikely story these guys were giving me was true.

So it is what it is. I've got some things right and I've got some things wrong over the years and whenever I have made a mistake I have promptly corrected it. Everybody talks about doing what I do but no one has ever been able to pull it off yet. No doubt the reason is the possibility of error. What if you say someone is with a gang and they're not? That is a huge mistake to make. We could put bar watch online to help promote public safety. Then again enters the part about being innocent until proven guilty. A Charter Right I passionately believe in.

To that end it's time to make a change. I remember the intent of Eileen Mohan's plea. If these people are known to the police they should be known to the public. I agree. However, I will leave that up to the police. My new gang member registry will only have names and pictures of people charged or convicted of criminal offenses. Peace.