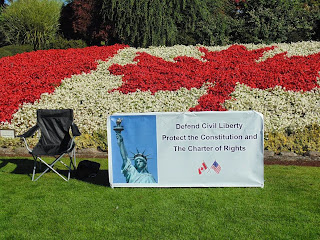 This Friday Stephen Harper launches yet another terrorist attack on Civil Liberty. His bill will expand powers of domestic security agencies in wake of last year's attacks. Big surprise. This is when we are forced to discuss Operation Northoods and remember how Adolf Hitler conned the German people into doing away with civil liberty. Least we forget our freedom was bought with a price. You can't defend freedom by doing away with it. So this is how liberty dies...

Watch Trudeau Jr. support this terrorist attack on the Charter of Rights. Strange how the left wing socialists are the only ones defending civil liberty right now. Strange indeed. As well as the Bloq and the Green Party of course. Just remember we do have other choices beside doing away with civil liberty. Losing a billion dollars from their budget every year is a terrorist attack on tax dollars. Failing to charge CSIS for providing the explosives for the Air India attack is another. Don't worry as long as they legalize pot no one will care about them doing away with civil liberty. Much. 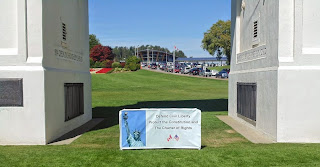