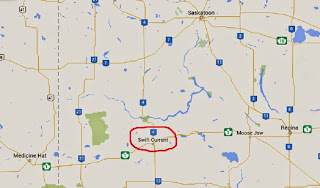 As the infamous Friendly Chemist has pointed out CBC reported that "Michael Chachula, a constable with the RCMP in Swift Current, Sask., has been charged with trafficking cocaine and ecstasy and suspended from his job." Another blog reader sent in a link to the Global report which states last April, RCMP received a criminal complaint regarding Chachula which has resulted in these current charges.