Inversion from sea to sky 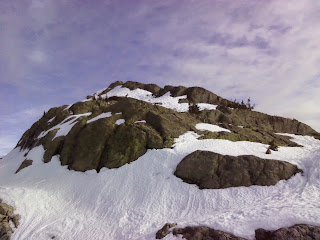 Most blog readers recall this is the time of year I usually throw in lots of pictures snowshoeing in the mountains to break things up a bit and take our minds off the toxic negativity of the materialistic gang war associated with the sale of crack cocaine and other harmful drugs. Selling fentanyl is without question pedaling poison.

Everyone needs a passion. Hiking and snowshoeing in the mountains is mine. It is where I gather my thoughts and put things in perspective as I enjoy some of the wonderful things this world has to offer that you simply cannot find in a crack pipe or a material possession.

Sadly, this season on the local mountains has been pretty much a waste of time. A foot of snow at the base and two feet at the summit. Normally we have at least a ten foot base that lasts well into spring. It's hard to be convinced it's a sign of global warming since the interior and the east coast are getting nailed with snow. Looks just like another El Nino. I should have taken a trip out to Big White or Lake Louise. Big White has an awesome ice climbing wall and the ice carving at Lake Louise is magnificent. I went there last year. 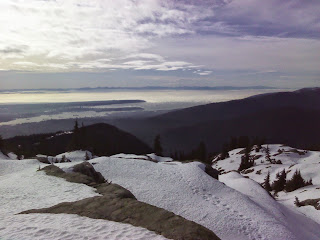 Yesterday I broke out the crampons and made it up to third peak on Seymour. Half way up Mystery Peak the trail was bare. We're talking dirt. It's like April on the local mountains right now. There was some inversion happening again when the fog or low clouds hug the surface and you can see above them in the mountains like you're flying over them in a plane. In the distance you can see the clouds over the ocean between Vancouver and Vancouver Island with the mountains of Vancouver Island on the horizon. I could see the fog moving in from Lions Gate bridge so I drove over to the look out on Cypress to get a picture of the sunset. 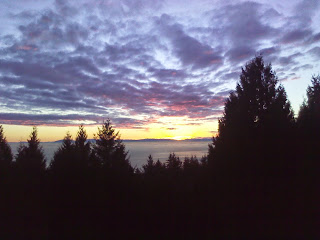 It was nice seeing the inversion from high up top Seymour third peak then seeing it from just above at the look out on Cypress. Then I went to Whitecliff to see what it looked like from there. It's hard to tell in the picture but you're pretty much face to face with the inversion. All you could see was a layer of clouds on the horizon. 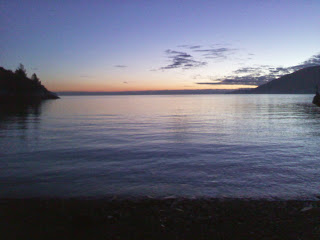 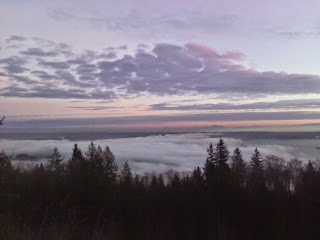 Posted by Dennis Watson at 7:10 AM