Sarkozy and the Karachi affair 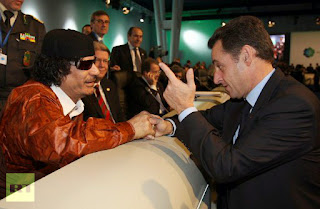 Another important story of 2014 was Sarkozy's involvement in the Karachi affair. Sarkozy was accused of getting political kickbacks from an arms deal with Pakistan. When the deal was cancelled and his kickbacks were cut off he was accused of helping organize a terrorist bombing in Pakistan that killed French engineers. After finally getting rid of that dirty dog, France went from one extreme to the other. They got rid of a right wing criminal and elected a left wing socialist. It seems very hard to find a balance between the extremes in today's world.