Canadian Taxpayers Federation pushes No side in Transit Referendum 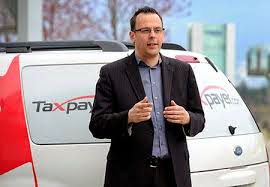 The Vancouver Province reported that the Canadian Taxpayers Federation is pushing the no vote in the Transit Referendum which proposes to raise sales tax to fund transit above and beyond the billion dollar a year gas tax they already burn annually.

In the article, Jordan Bateman from the Canadian Taxpayers Federation pointed out that metro bus drivers pushed a “did-not-pay-fare” button on their buses more than 2.7 million times in 2013. I have also raised this very concern as well as the fact that giving the contract for the Evergreen line to SNCL was a criminal act.

Canadian Taxpayers Federation issues 2015 calendar of ‘wasteful’ TransLink spending. No private company would be allowed to operate if they were a billions dollars over budget every year and asked for more money from tax payers on top of that. No Translink Tax web site. 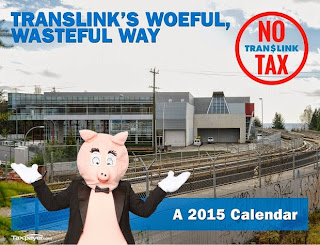