Agent K responds to a Troll 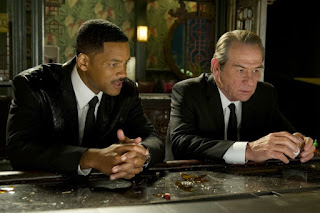 Some obscure troll who looks like a meth head made a video on youtube "calling out" Agent K. It obviously isn't worth my time but since they did ask a question I will answer that question and point out the obvious. As Fat Joe said to 50 Cent this is a one time response only. I aint gonna argue with an idiot. In the video the troll asked me how my court case is going.

Fine. Actually it's over and I'm still here. Defamation is a serious issue. So is free speech. Be advised that false allegations of defamation constitute defamation. All I'm allowed to say about the court case is that a mutual release was entered into by both parties and the matter is resolved. It cost me $1,500. One thousand dollars was raised by private donors. The Gofundme page is still there. I just took down all the posts talking about the trial. My responses are in the court file.

It is pretty obvious that free speech is under fire. Ontario had such a problem with Strategic Lawsuits Against Public Participation that they enacted legislation to combat frivolous law suits designed to censor free speech. I don't see that happening in BC because there isn't the political will to address the problem within the Christy Clark government. I don't see federal legislation responding to the problem either because Stephen Harper's supporters are the worst offenders.

The whole youtube video doesn't make sense because it doesn't call out Agent K at all. Its big revelation is that Agent K from Gangsters out is Dennis Watson. Very good, Did you read that in the newspaper or did someone have to read that to you? The troll claims that they are not affiliated with any gang yet at the end of the video they claim they have given my name to the "boys" which is a common reference to the Hells Angels. What am I supposed to do? Shake and tremble? Not likely. First of all, just because you buy crack from the Hells Angels doesn't mean you are allowed to use their name to threaten me. Who are you to use the name of the Hells Angels?

Use your brain. How do you think the newspaper found out who I am? They sent a process server to my home and I blogged about it. The boys already know who I am dumbass. You telling them isn't going to make a difference. The bottom line is I don't like crack dealers. I don't care if they're bikers, bankers, politicians or wall street investors, they're all equally to blame for the murder of Janice Shore. If you support that then we have nothing more to discuss. A Dieu.

Don't even get me started on 50 Cent and his Justin Bieber Unit. No one on the street in LA or New York City listens to 50 Cent. His followers, like Justine Bieber, are yuppies from the suburbs. Bieber is rich too. That doesn't make him a G. Gansta you not toy soldier.

The other day I bumped into a guy in Surrey wearing a Wu Tang Clan shirt. I look at him and say ah... Wu Tang Clan. He responds with oh, so you know what's going on. (For an old guy) I'm like yeah they're from New York. He nods then I add, come to think of it, Drake is popular in New York now. That's kind of surprising for a Canadian. He's like don't get me started on Drake. I'm like yeah I know. My daughter likes him. Well that's OK then he says as I nod.

I'll have to admit that Drake's Meek Mills diss Charged up is pretty good. In his second track Back to Back he asks is that your world tour or your girl's tour. Referencing the fact that Meek is the back up band for Nicki Minaj and is riding off her coat tails. In his first track he compares their relationship to Maria Carey and Nick and counsels Nicki to get a prenup. I aint gonna diss the father of Nicki's child. I'll just say that Drake hit him hard and clean. Hats off to Meek though. He's the one that won the Queen of Anaconda's heart. That treasure is priceless.