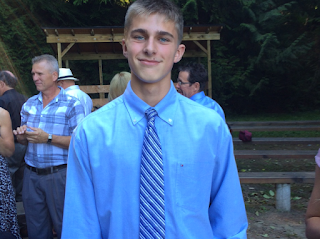 The Vancouver Province is reporting that Jack Bodie, the 17-year-old boy who was clinging to life after a suspected fentanyl overdose has died. Vancouver Police said the teen, along with another 16-year-old boy, are believed to have bought and ingested fake OxyContin pills, known as “fake ’80s.” The pair passed out in Shelley Park in East Vancouver Saturday night after taking the drug. They were taken to B.C. Children’s Hospital.

The teen's parents told Global News that their "bombastic, charismatic" son was "full of life," with a bright future ahead. "He's not what we could consider, in our mind's eye, the typical overdose. He's a young man who took a pill and fell asleep on a park bench," said Mark Bodie, Jack's dad.