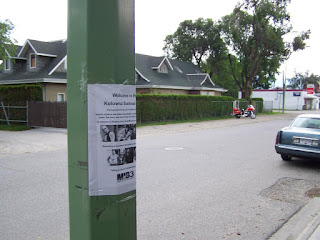 The Vancouver Province is reporting that "A judge has agreed to an application by the provincial director of civil forfeiture to amend the government’s lawsuit, a move that is expected to significantly streamline a legal battle that began eight years ago." Instead of trying to prove the entire club is a criminal organization, they are simply trying to prove the Kelowna, East Vancouver and Naniamo clubhouses were used for criminal activity. I think that's the best approach. As Kerri Krysko pointed out, there are many members who are criminals but there are even more who aren't. Yet the Kelwona chapter was involved in so much criminal activity, any judge that doesn't grant the seizure of that clubhouse needs to be hanged right beside Peter Leask.