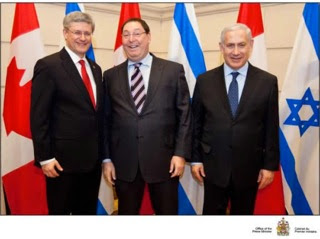 Anonymous has started to leak some documents on Nathan Jacobson. I'm multi tasking several things at once and need some time to go thorough it but it appears there was some kind of court case between Jacobson and CSIS. Go Team.

We need to remember why Anonymous is releasing documents. It's because the RCMP shot one of their members dead because he was sitting on the ground wearing a mask at a protest. That needs to be addressed. No charges against the officer have been laid. That is totally messed up. The Whiterock shooting was a tragic accident but why hasn't the public been told the kid the police shot dead was unarmed and was hysterically running for his life to the police for help. Why hasn't the media mentioned the police officer that was shot, shot themself by accident. These facts need to be made public. The main stream media has failed us. The police play a crucial role in our society but they must be accountable to the public they are paid to protect.

While we are on the subject I will say a word about Israel. I am pretty passionate about Israel's right to exist and their duty to coexist. The Holocaust was a horrible thing. I don't support anti Semitism any more then I support anti Islam. Religious persecution is illegal in any free republic. Israel is close to my heart as is their struggle for peace. I worked on a Kibbutz in Israel when I was young. It was wonderful. I supported the Oasis of Peace in Israel where Palestinians and Jews live together in peace under the religious freedom model. It is a good model.

There is good and bad in every person and culture. Jews have a right to their homeland. It's just that they don't have an exclusive right. When Joshua conquered Palestine he did not conquer all of it. The torah clearly states vex not the stranger that sojourneth with thee. Palestinians deserve a passport. They deserve citizenship. Forming a Jewish state is as problematic as forming an Islamic state. It is not a free republic. It is very problematic.

My beef with Mossad has nothing to do with Zionism. Bob Marley was a Zionist. Zionism does not mean forceful evitions. Zionism is an ideal goal where people live together in peace. My beef with Mossad is simply the end does not justify the means. Investment fraud and drug trafficking are wrong. You wouldn't like us to steal from you so don't steal from us. Why on earth was a Star of David found on a brick of cocaine seized in British Columbia? That is blasphemy. Peace.