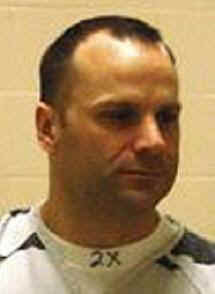 OK so there are two separate cases in Europe involving Canadian members of the Hells Angels that we are following. One is the 300 kilo of cocaine bust in Spain where two full patch members were arrested along with two associates from Haney and Mission City chapters. The other case involves the three full patch members from Edmonton and Red Deer that were charged with beating a guy in Greece to death because they were sitting on his motorcycle and he asked if he could have it back so he could leave. It was deplorable.

One of my blog readers also reads Kim Bolan's blog. He claims that someone commented on Kim Bolan's blog claiming that the Canadian Hells Angels charged in the Spanish cocaine bust are back in Canada already. Kim then confirmed that they are indeed back and cited a Spanish news report which stated:

"The Audiencia Nacional (AN ) imposed four years and seven months in prison on Chad John Wilson, Jason Cyrus Arkinstall, Scott Ryan Smitna and Michael John Drybourgh – four Hells Angels and Canadian citizens arrested in August 2013 in Galicia, when they moved to pick up a shipment of 300 kilos of cocaine. In addition to establishing a fine estimated at 5,250,000 euros, the decision specifies that no convicted would serve their sentences in prison, but they will be expelled from Spain and may not return for a period of seven years."

They were convicted of smuggling 300 kilos of cocaine but didn't have to serve their time, instead they were kicked out of Spain and banned from returning for seven years. That is absolutely bizarre. Let's hope Greece does a better job for murder.