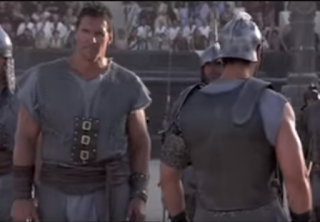 The world is stunned thinking Conor McGregor is on crystal meth. At least then he would have an excuse for his deplorable tirade that has killed the integrity of the UFC movement for good.

The Business Insider is reporting that "Conor McGregor wreaked havoc at a UFC press conference on Thursday when he and a team of men stormed Barclays Center in Brooklyn, New York, and attacked a bus carrying several fighters slated for this weekend's UFC 223 event."

"McGregor and his team made their way to the loading dock of Barclays and caused a fracas, throwing guard rails, trash cans, hand dollies, and other loose objects at the bus. McGregor struck the bus with a hand dolly, shattering glass, and causing lacerations to lightweight fighter Michael Chiesa. Flyweight fighter Ray Borg also reportedly suffered injuries to his eye from the glass. Both fighters have been dropped from their fights this weekend."

"While there was initially considerable confusion about the attack and McGregor's motivation, in the aftermath, what led to the incident has become clearer. MMA Fighting's Ariel Helwani reported on Thursday that earlier this week, Russian MMA fighter Khabib Nurmagomedov, who is scheduled to fight this weekend, confronted Artem Lobov, a teammate of McGregor's who was also scheduled for a bout this weekend, at a hotel. According to Helwani, there is a long history between the two sides. Helwani reported that McGregor's attack on the bus, which was carrying Nurmagomedov, was in "retaliation" for the confrontation at the hotel."

"UFC president Dana White confirmed the report on Fox Sports 1's 'First Things First,' saying McGregor flew several people to New York from Ireland when he heard of the incident at the hotel. 'Artem Lobov, who is on the undercard, is a very, very close friend of Conor McGregor,' White said. "He got into an altercation with Khabib Nurmagomedov and his team. When Conor found out, he loaded up the plane full of guys from Ireland, flew over here, and coordinated this attack." White has been critical of McGregor since the incident, calling it "the most disgusting thing that has ever happened" in UFC history and questioning McGregor's thinking and behavior. White said he spoke to McGregor and that McGregor apologized for hurting fighters not involved in the feud, but was not sorry for his actions, saying he believed it was necessary."

There you have it. No shame, no remorse. Do I have to renounce my Irish heritage now that a handful of idiots were running around like Ian Paisley on the 12th of July embarrassing the nation? Ireland is better than that. Much better. That is not how things were done in the old country. Back in the day if you had a beef with someone you took them aside in a back alley where there are no cameras, no police and no witnesses so you could deal with it in private. Flying in a mob to terrorize a few lightweights on a bus is cowardly.

Nobody likes it when someone takes a cheap shot in hockey. Well this was a cheap shot that set the movement back further than anyone thought possible. They say pride cometh before the fall and great shall be the fall thereof. I will never watch Conor McGregor again. Not even in professional wrestling. He is an embarrassment to society. His career is over. 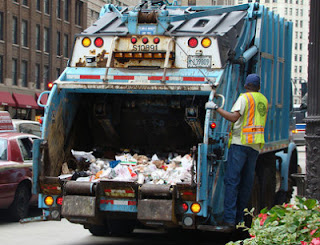