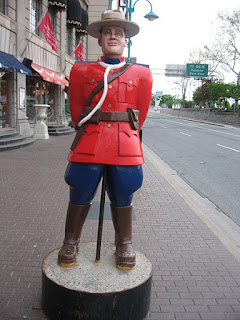 Kim Bolan is reporting that "The federal government is not doing enough to keep organized crime out of the medical marijuana business, B.C. Public Safety Minister Mike Farnworth said Thursday. Farnworth was reacting to two recent Postmedia News stories about full-patch members of the Hells Angels being involved in medical pot in B.C."

They are going on about how Surrey Hells Angel Lukasz Cimoszko had a prescription for medicinal pot and Andrew Richards has once again expressed a concern. Holy conflict of interest. This fraud was first launched by Post Media News when Andrew Richards told Kim Bolan Weird Hal was advertising on facebook to help people get licenses to grow medicinal marijuana. As I said then, Weird Hal is an idiot. If he wants to make money from legal pot then let him. Gold knows he has no career in the hip hop industry.

Kim Bolan admitted that Andrew Richards is the CEO of Spire Secure Logistics. What she failed to mention is the fact that Spire Secure Logistics has announced that they have been acquired by Friday Night Inc. a Canadian public company which owns and controls cannabis and hemp-based assets in Las Vegas. Retired Ontario cop Tim Humberstone is Chief Strategy Officer in charge of selling cop pot in Ontario. This scam is one great big conflict of interest.

This whole scam is Dianne Watts deja vu. When Dianne Watts was mayor she obsessed over shutting down grow ops which no one cared about and did absolutely nothing about the public sale of crack despite unending complaints from businesses and residents. Now retired cops selling pot are trying to kick the Hells Angels out of the legal pot industry while they offer police protection to the drug dealers in the DTES and on the Surrey Strip that sell crack, crystal meth and fentanyl. It's just plain dirty.

I don't understand what's happened to Andrew Richards. When he was part of OCA, the provincial organized crime task force he had his sh*t together. Now he has lost his mind. I guess he's just tying to make some money. However, if he is allowed to make money off of legalized pot, then so are the Hells Angels and Marc Emery. That's reality. Like I said before, legalizing drugs won't get organized crime out of the drug trade. It will just make it impossible to arrest them.

The Hells Angels have a name and a brand. So does Marc Emery. No one in the 420 movement is going to want to buy legal cop pot. The only ones who will buy that are cops. Everyone else is going to want to but Hells Angels or Marc Emery pot. Cop pot is just plain dirty. If Mike Farnworth sincerely wants to do something constructive he needs to bring back the OMGU and disrupt street level drug trafficking. Obsessing over the Hells Angels and pot is a colossal red herring.

The real problem in Surrey is no secret. It is the Surrey Strip and all the drug related crime and violence that goes along with it. It's the same problem that we explained to Mike Farnworth when he came to Surrey in 2008. Only it has gotten worse because nothing has been done about it.