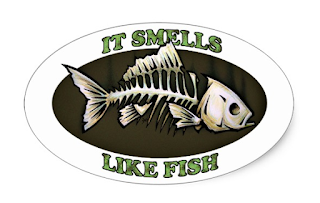 Just to recap, the New Surrey chapter of the Hells Angels call themselves Westpoint but I refuse to use that name because they are the exact opposite of everything the real Westpoint represents. The closest those two bit drug dealers will ever get to valor is on Xbox. In fact Wolfpack 81 was Larry Amero's gamer tag on Xbox. I just call them Surrey Girls because that's all they are. No doubt Whiterock was thrilled to get rid of Larry Amero and the chipmunks since they're such heat magnets. They had to Photoshop Gumby's head into their class portrait like a little bobblehead since he was in prison for drug trafficking at the time.

Luke's case is the perfect example of criminal activity within the Surrey Hells Angels and the Surrey RCMP. Kim Bolan described the civil forfeiture case the Popo had against Luke. They said his corvette was parked outside a "pub" with the engine running then drove off. The police followed him and claimed we was serving like he was drunk so they wanted to do a sobriety test which they never did. When they pulled him over they saw a machinate in plain view and busted him for that. He also had a trace of pot which he had a prescription for and a wad of cash. Over 10 grand in 20's. The police seized the car and cash under the proceeds of crime.

Here's where it gets smelly. The police didn't seize any drugs or have any evidence it was the proceeds of crime. It probably was. He was doing a money drop not a drug run. The police didn't mention which "pub" he picked up the bags of money from. Was it Shakerz? Why would the police go to such great lengths to seize drug money without lifting a finger to stop the drug trafficking out of Shakerz on the Surrey strip? Freeway Ricky deja vu.

Someone must have tipped off the police they were doing a money run. Who tipped them off? The person who wanted to take his job? That's what happened to Geoff Meisner. He did a money laundering run in Vegas for the club. They found someone to do the run for less money so they killed Geoff. With friends like that, who needs enemies?