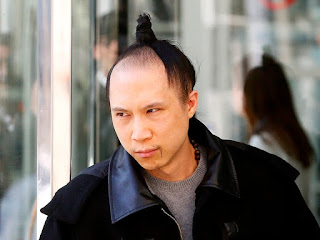 The Calgary Herald is reporting that "Nick Chan walked from a Calgary courtroom a free man Tuesday after a judge ruled it took too long to get him to trial." Nick Chan was wit the Calgary FOB who sold drugs for the BC Hells Angels through the Independent Soldiers. Nick Chan was charged with killing Kevin Anaya because they couldn't find FK member Kevin Bontagon.

If you want to cut the head off the snake you have to bust the IS and the BC HAs.