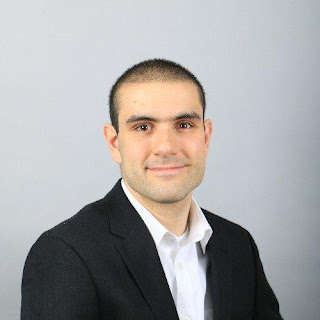 Every crime has a motive. Some lunatic drove a rental van down a sidewalk in Toronto today killing 10 pedestrians. Canadian news outlets say no motive has been revealed although mental illness is considered. A U.S. security source said Terrorism is likely the motive. Wrong. Terrorism is not a motive because Canada is not at war. What US security source? The CIA? How are they involved in this? The driver of the van has been identified as Alek Minassian.

I'm not going to minimize the tragedy. 10 people are dead. That is very real. I am going to question the motive. October 2017 we saw a similar absurdity take place in Edmonton. A lone wolf drives a rented van into four pedestrians and stabbed a cop. Religion did not play a large role in his life. Edmonton was on high alert for a terrorist attack because the RCMP were hosting a training seminar in Edmonton at the time.

Chris Phillips, a British counter terrorism expert was on hand to coordinate the event. He is a former cop from England who runs a terrorist training consultation firm that participated in Project Angus which was a three hour multimedia simulation to help various agencies learn how to deal with terrorist threats which makes the Edmonton attack look staged.

Update: One of the victims was visiting from Jordan. Hardly a terrorist attack. Now the police are claiming the suspect was a copycat of Elliot Rodger who in 2014 mowed down pedestrians in a vehicle in California because he was rejected by women. That is ridiculous. Surely CSIS can do better than that. The fact that CSIS provided the explosives for the Air India bombing is not a conspiracy theory, it is a historical fact.

2nd Update: Police identified the driver as Alek Minassian, 25, a Christian with an Armenian roots.