2 bodies found in Richmond home, 1 in Calgary Mall and 1 in Burnaby Park 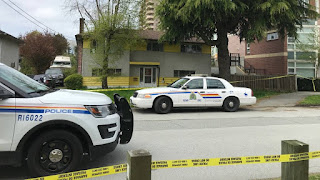 CBC is reporting that "Richmond RCMP are investigating the deaths of two people found in their home after reports of gunfire early Monday morning. Police were called to a residence in the 6600-block of Eckersley Road after 2:30 a.m. PT, where they found the bodies of a man and a woman, said Cpl. Frank Jang of the Integrated Homicide Investigation Team."

CBC is also reporting that "Police are investigating after the body of a man was discovered inside a wall in a public washroom at a mall in downtown Calgary on Monday." They claim the death isn't suspicious it is undetermined. One theory is that the person crawled in there and got stuck.

Update: Global is reporting that "Homicide investigators have identified the two people killed in a Richmond home early Monday morning. Thirty-six-year-old Keri Smith and 37-year-old Terrence Peter Smith were found dead in the house in the 6600-block of Eckersley Road around 2:30 a.m. Richmond RCMP officers had been responding to a report of gunfire.

According to the Integrated Homicide Investigation Team (IHIT), the pair had recently moved to Richmond from the Surrey area. Both also have ties to the Vernon area. The Smiths were both known to police, and investigators say they were living in the home where the murders occurred." 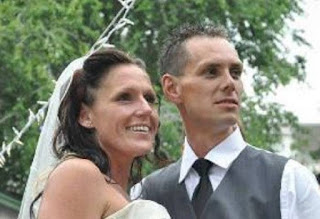 Human remains found in Burnaby's Confederation Park: CBC is reporting that "Partial human remains have been found in a Burnaby, B.C., park. A passerby called RCMP after making the grim discovery in a wooded area of Confederation Park around 10:30 a.m. PT on Tuesday. Investigators later confirmed the remains are human. A statement said officers will be on scene for a few days as the investigation continues. The remains haven't been identified and RCMP say it's too early to identify how they ended up in the park."