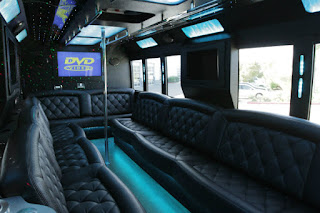 CBC is reporting that "Underage drinking in chauffeured vehicles has become the next target for RCMP in Surrey, B.C., after police say officers stopped a bus and found 40 intoxicated teens inside. The RCMP said in a new release that it joined with Surrey bylaw enforcement members to focus enforcement on the so-called party buses. Police said they made their discovery last month during a traffic stop. They found open liquor on the bus and all of those inside were between the ages of 15 and 18. Police said they were acting on a tip that young people were paying a fee and being permitted to drink alcohol on board."

This is nothing new. Teenage party buses have been stinking up Surrey since before my kids were in high school. If your teenage kid is on one of those party buses then they are trailer trash and so are you for letting them. That's all there is to it. There's no such thing as a cool parent. There's just responsible parents and irresponsible parents. Which one are you?

In 2016, Chelsea James, 23, died after falling out of an open door on a party bus en route from Langley to Vancouver. She was one of 28 people on board when she stumbled against the pneumatic passenger door as the vehicle turned left off Hastings Street onto Burrard Street in downtown Vancouver. This is Sodom and Gomorrah. Wickedness never was happiness.