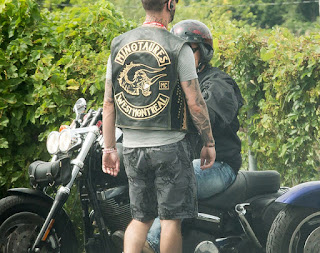 CTV is reporting that "The organized crime section of the SPVM carried out a wave of arrests Wednesday in connection with Project Asterios targeting alleged drug trafficking by bikers. Police arrested 24 people with cooperation from the Granby, Longueuil and Quebec City police forces."

"The arrests come after a series of SPVM searches in Nov. 2018 targetting the Hells Angels-affiliated Minotaures West Montreal motorcycle club that was suspected of leading a heroin and cocaine distribution ring. The investigation was initiated following a series of fentanyl overdoses in Montreal in the summer of 2017. In total, 40 searches were carried out that resulted in massive drug seizures including 11 kilograms of cocaine, five kilos of MDA, close to 600,000 methamphetamine tablets, eight firearms and $122,460."

The Montreal Gazette is reporting that "The investigation was launched after a wave of overdose deaths linked to fentanyl were recorded in Montreal during the summer of 2017. At the time, Montreal police said they would trace the path the drug took in the case of each overdose and target those individuals and networks responsible for its sale and distribution." Why don't we do that? That saves lives. Quebec arrests Hells Angels associates for drug trafficking. BC doesn't. 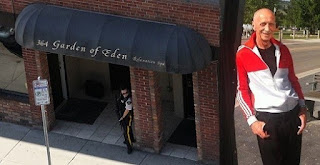