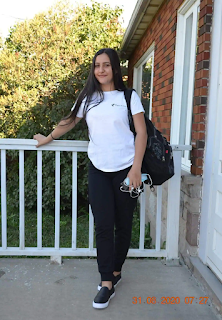 The Toronto Star is reporting that 15-year-old Meriem Boundaoui was killed during a drive by shooting in Montreal. "Police said the girl was with another person inside a stopped car Sunday night talking to a group of people outside when a second car drove up and someone opened fire. The girl and a 21-year-old man who was on the sidewalk were hit by bullets, and she was later declared dead." Horrific. I'd like to know who was in the car with her or who the target was.