Drea Humphrey from Rebel News is reporting that "BC churchgoers scored a significant win in their fight to defend their right to worship. Provincial Health Officer Dr. Bonnie Henry filed a crazy injunction last week to stop three B.C. churches from holding in-person religious services. But the order went much further than that. The injunction tried to grant police the power to detain anyone they believed was planning to attend those church services. Yes, in the world of COVID-1984, unelected public health officials believe they’re justified in arresting anyone who they think might attend church."

Like I said, Bonnie Henry is a circus freak. You can still attend a strip bar but you can't attend church. These new restrictions have nothing do do with a pandemic. Arresting people who they think might attend church. That is totally over the top even if the pandemic was real. When the pandemic swept over us last year, if people were willing to risk catching a flu virus with a 98% survival rate, that is their choice. Instead of arresting people who they think might attend church, they need to start arresting the drug dealers out of Shakerz. Until then, there is nothing more to say. That would be an insane waste of tax dollars. Just like arresting people for smoking pot. 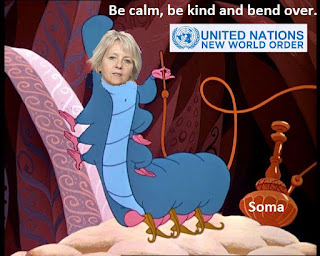