At the moment and captured with my camera! #Israel is bombing #Damascus, #Syria again!
During the past 40 days, at least one military aggression a week by #Israel on #Syria!#IsraeliCrimes pic.twitter.com/oACVa51WoJ

The Times of Israel is reporitng that "Israeli airstrikes targeted a number of sites in southern Syria after midnight Sunday, Syrian state media reported, in the latest in a series of attacks attributed to the Jewish state. The attack came amid a reported uptick in efforts by Iran to transfer advanced weapons to its proxies in the region through Syria."

"The strikes hit facilities in the area of Damascus International Airport, through which Iran has reportedly been flying advanced munitions — most recently on Saturday — as well as military sites around the Damascus suburb of el-Kisweh, a long-time base of Iranian operations."

"The strikes came days after drones reportedly bombed a shipment of advanced weapons that were being transported through Iraq into eastern Syria by Iranian proxies." 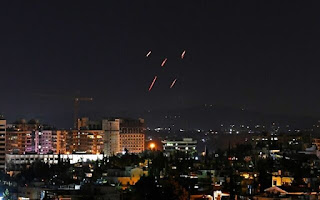 OK so that is the official version. It is plausible. My question is, what were those weapons to be used for? Were they to be used for bombing Israel or were they for defending Assad and his elected government from a military coup over a rival pipeline? After all, that is what the war in Syria is really about. That is why the CIA created ISIS in Syria. Assad wants to build a pipeline from Iran while the Saudis want to build a pipeline from Quatar. The very ones arming ISIS.

I realize there is a whole lot of hate and disinformation coming from all sides of this region due to past history. I do not support blind obedience to Israel nor do I support blind hate for Israel either. Israel has a right to exist as does everyone else. I'm an old man. As Simon and Garfunkel once said "I am older than I once was but younger than I'll be. That's not unusual."

As Martin Luther King once said "I've seen too much hate to want to hate and every time I see it, I say to myself that hate is too great a burden to bear." I worked on a Kibbutz in Israel when I was young. I'm familiar with the Oasis of Peace. I support liberty for everyone. That is what I believe. 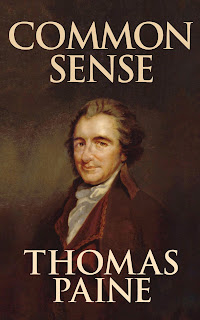