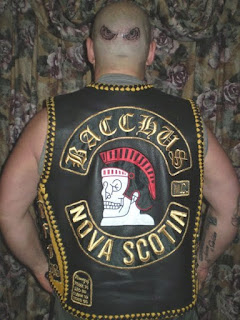 The Halifax Today is reporting that "Halifax police say a 25-year-old man who was shot has died following a single vehicle crash on Saturday. In a news release issued Sunday, police say the man was from Dartmouth, N.S., and an autopsy has confirmed his death as a homicide. Police still haven't said whether the victim was shot before or after the crash."

Bacchus is in Halifax. They were charged with smuggling drugs into the local prison. Stephen Skinner was also from Nova Scotia. He capped Gumby's co accused in Colombia.