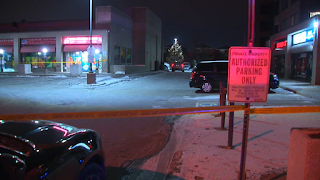 CTV is reporitng that "A man is dead after a shooting in a parking lot in Scarborough Saturday evening. Toronto police were called to the area of Sheppard Avenue East and Gateforth Drive, east of Markham Road, shortly after 10:30 p.m. Duty Insp. Don Theriault said officers located a man with serious gunshot wounds. Despite life-saving measures, the victim was pronounced dead on the scene, he said. The homicide unit has been called to investigate. Police said a firearm was located at the scene." That would be a throw away. That was not a legally obtained firearm. Banning legally obtained firearms would not have prevented this.
Posted by Dennis Watson at 7:01 AM