The Freedom of Religion and the Holocaust

The reason why Bonnie Henry's outrageous injunction is so offensive is because it ties in with the Holocaust and the current CCP Muslim genocide in China. The US Constitution was framed by people who sought the freedom of religion. They had seen the Holocaust and had experienced religious persecution overseas so they wanted to establish a place where the freedom of religion was protected by law. Where religious discrimination was illegal.

Bonnie Henry is trying to change that and bring back the Holocaust. That is what the UN's NWO is. It's all disguised with lies. Yet one by one, each religion is eliminated until they're all banned. That is the Communist quest. Only Communism doesn't just want to ban religion, they want to ban all forms of civil liberty - free speech, freedom of association, freedom of the press, freedom to move, the right to legal representation and to due process. It's all a very slippery slope.

The Constitution and the Charter of Rights was formed to prevent that. It was designed to prevent a totalitarian dictatorship and another Holocaust. That is why globalists oppose it so much. They claim you have to give up individual rights to give way for collective rights. That is a lie. Once you give up individual rights, there are no collective rights because no one has any rights. 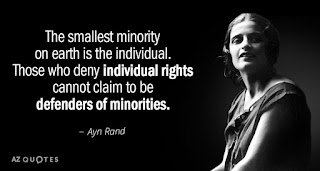 Posted by Dennis Watson at 2:43 AM