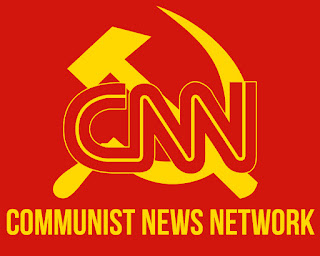 I just want to pause and point out the obvious. If you're still talking about Covid, you're an idiot. I don't want to be mean but you are downright stupid. Covid swept over us last year. We all got sick and we all got over it. None of us were tested. There was no second wave. That was a lie. When we were all sick last year, they refused to test us unless we were a health care worker. They said assume you have it and quarantine for two weeks. That was it. .

Now everyone and their dog is getting tested but the measurements are wrong and produce a 97% false positive. So more people are getting tested and more false positive results are being tabulated. If you are asymptomatic and test positive that's a good thing. It means you've built up antibodies to the virus like you're supposed to. That's heard immunity.

The other day Gobal was going off about a teenager who was in a car accident and went into a coma before Covid only to wake up now. Instead of savoring the miracle of life, they were crying about how do we explain to him how the world has changed in his absence? Actually, it's really easy. You give him a copy of George Orwell 1984 and say there it is.

CBC was caught lying about the hospitalization rates in Manitoba. It was not a mistake. It was a bold-faced lie with malicious intent. The Mainstream media has no conscience and no accountability. This change happened from media mergers. When you merge all the media outlets, they become easier to control. Change the ownership and you change the news

In 2018 a Monmouth University poll found that 77% of Americans think Traditional Media is FAKE NEWS. That was a 14% increase from the previous year and before Covid's absurd misrepresentation. In Canada, Post Media News has been actively destroying the newspaper industry's credibility and their aquistition of Global Television has turned that network into a comedy of errors. The false propaganda on television has become absurd.

Rebel News is reporting that the Radisson hotel next to Toronto's Pearson International Airport is one of the government run COVID quarantine facilities in Canada and is owned by the Communist Party of China. To ignore or deny the CCP's control and influence over Justin Trudeau and our media is sheer stupidity. I can confront evil but I can't fix stupid.

I will say this about masks. If you wear a mask outdoors, you're an idiot. Wearing a mask outside is a sign of stupidity. However, wearing a mask in a crowded store where you are in contact with seniors is a sign of respect. Even though we are asymptomatic, we could still be carriers of the virus and that virus could in theory be fatal to a senior just like any flu virus could. When my mother lived in a care home, we had to get a flu shot or we couldn't visit the care home.

In Canada most of our covid deaths have been in care homes. While I have no doubt some of those people did die from Covid just like 80,000 people died from the flu in the US, I also have no doubt most of those people died from natural causes and they lied. They claim they died of Covid when they didn't. That is what the numbers show. The same number of seniors died this year as the year before and the year before that.

I also realize that some people sit at home and believe everything they see on TV. They are stupid but stupidity is not a crime. They have a right to believe whatever they want to believe. It's like the idiots on Facebook that forward nonsense without checking the source. The Facebook fact checkers are fake. They are partisan trash funded by the Communist Party of China.

Laura Lynn Tyler Thompson posted a video clip of a customer in Costco standing on a chair delivering a bizarre rant about masks. Buddy you look like an idiot. Sit down. None of the employees at Costco have the authority to change a company wide policy or provincial legislation. It's not their fault. Raging on them is dysfunctional. We need to elect politicians like Maxime Bernier with the End the Lockdown Caucus. That is what we need to do.