Biden and Iran: Balancing the extreemes 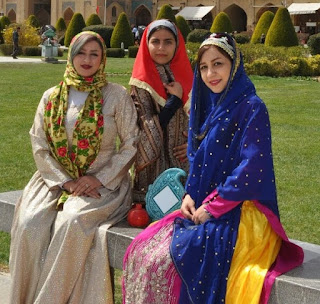 Rebel News is reporting that "Congressional Republicans are seeking to prevent the Biden administration from pursuing diplomatic efforts with Iran by pushing legislation for tough economic sanctions on the rogue state." Why would they do that? It's a Republican effort to prevent Biden from rejoining the nuclear deal. Why would Biden do that? How about no nukes and no sanctions? How about we just leave them alone? They won't do that because Iran has oil.

This brings us all back to 1953 when the CIA and MI6 supported a coup in Iran to take over their oil in Operation Ajax. Selling nuclear reactors to any country is dangerous business because it gives them the technology and the materials to make nuclear weapons. India got its nukes from Canadian reactors. Canada selling Communist China nuclear reactors is bat sh*t crazy.

Iran's oil is why the CIA has demonized them. Saudia Arabia and the CIA have created and armed far more terrorists than Iran ever has. The whole pipeline from Quatar to Turkey, Quatar were the ones arming ISIS in Syria thanks to Hilary Clinton and the US Defense budget.

Women have more rights in Iran than they do in Saudi Arabia. In Iran, women are encouraged to attend university. Look at how they rock their hijabs. My Syrian neighbours don't let their hair show through. When I saw this travel video of a young couple from Norway traveling through Iran and saw how the girl rocked her hijab I was surprised. That is very progressive.

Iran is a beautiful country geographically, architecturally and culturally. Sanctions are unwarranted. Nukes are unwise. Historically, Cyrus the Great freed the Jewish slaves.