Earl W. Brian and the CIA 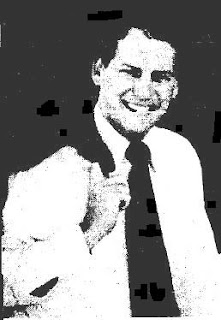 We’ve already talked about the October Surprise and how it isn’t very surprising or earth shattering. This time I want to get into the investment fraud that funded it and how it was tied to Canadian Companies as well as two foreign intelligence agencies.

Earl W. Brian served in the California Cabinet of Governor Reagan. He was also a CIA agent that embezzled $50 million from Nesbitt Thompson’s clients and went to jail for fraud. He was released from prison in 2002.

The four shell companies Earl Brian used to embezzle the money were: Clinical Sciences Inc., Hadron Inc., Biotech Capital Inc., and American Cytology Services Inc. These were pump and dump stocks that he convinced Nesbitt Thomson to recommend to their clients. Nesbitt Thomson was a Canadian brokerage firm.

Nesbitt Thompson was a very well established and reputable brokerage firm. When Dean Nesbitt died from a skiing accident in 1978, the company was taken over by Jon Brian Aune and Brian Jasson Steck. Our source claims Aune was a bit of a playboy which was very different from the years of stable tradition the company had know prior to that time. Steck was a Zionist tied to the Mossad. You laugh but remember this was the same time period as Trans World Arms another Montreal firm that was tied to arms dealing in Nicaragua durring Iran Contra. That was a separate deal involving Emmanuel Von Weigensburg also known as Manny.

After he had embezzled $50 million from Nesbitt Thompson clients, Earl Brian took $40 million with him to Paris where he was alleged to have met George Bush Sr. and William Casey from the CIA so they could bribe the Iranians to keep the American hostages another 90 days to discredit Jimmy Carter and help Ronald Reagan win the election against him. As I’ve said before, this allegation known as the October Surprise is not surprising or earth shattering.

What I find interesting is how they used investment fraud and Canadian companies to raise the money for the operation. That’s $50 million embezzled from Nesbitt Thompson less a $10 million finders and keep your mouth shut in prison fee for Earl. I guess I am surprised to hear of Israeli and American intelligence agencies operating in Canada. I’m even more surprised to hear of them using investment fraud and Canadian companies to fund raise for black ops. Al Martin has explained how investment fraud was a tool they used to raise money for Iran contra. I guess it’s hard to believe until you actually see it in action. Not surprisingly, I am told that Earl Brian was also involved in some penny stock scams on the VSE before it was closed down for fraud.

The key thing with Earl Brian and the CIA is the web of Canadian shell companies they used to embezzle the money which was not only tied to the CIA but also to Mossad. Brian was charged but they weren’t. If that many Canadian shell companies were ATMs for the CIA and for the Mossad back then, what are they using now and how does that affect our current banking system which just received a $65 billion bailout that taxpayers are now having to make up.