More BC Mayors on Pot 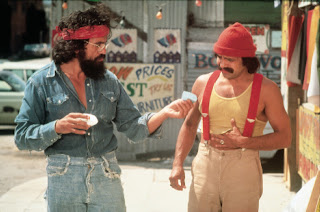 More BC Mayors have joined with the present and former Vancouver Mayors to call for the legalization and taxation of pot. Clearly about 50% of the population support the legalization of Marijuana. Even more than that support the decriminalization of pot. So we see Harper do the exact opposite and instead of implementing mandatory minimum sentences for violent crime or hard drugs like crack or meth, he implements mandatory minimums for growing pot which will break our overburdened courts and prisons leaving violent crime and prolific offenders not dealt with.

As I’ve said before I support decriminalization of pot. Pot is totally different that crack or meth and should be treated differently. I’m not comfortable with legalization. Smoking pot while you’re driving is irresponsible. Yet I am told in one Okanagan town it is common. There are way too many people out there that smoke way too much pot. I’m not going to keep repeating myself on the issue but I will point out that the more Mayors joining together calling for the legalization of pot, the more extreme Harper goes in the opposite direction. I do agree decriminalization is the answer.