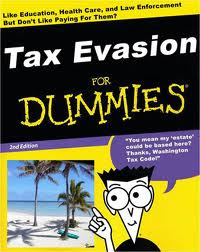 Finance Minister George Osborne was left "shocked" after an analysis of the tax returns of multimillionaires, which he ordered, found that they were exploiting loop-holes to pay little or nothing at all.

A confidential study by Revenue and Customs found that the very rich were using aggressive avoidance schemes to reduce their income-tax rate to an average of 10 per cent - less than half the amount paid by the average Briton.