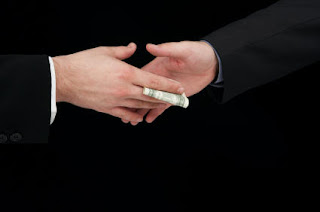 Two cases of corruption in the news.

On the right we have Jack be Nimble: 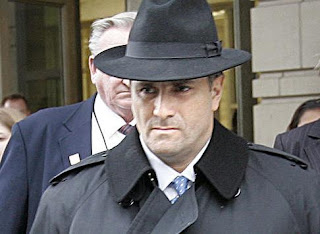 Adam Kidan, who purchased the SunCruz Casinos fleet with Abramoff in 2000, pointed the finger at 73-year-old Anthony “Big Tony” Moscatiello at a pretrial hearing. Kidan, 47, said Moscatiello told him face-to-face he was behind the shooting death of Konstantinos “Gus” Boulis by a New York-based mob hit man.

Abramoff and Kidan both pleaded guilty to federal fraud charges and served prison time in the $147.5 million purchase of SunCruz from Boulis. Abramoff, once a high-powered lobbyist in the nation’s capital, also was convicted of bribery and corruption involving numerous public officials.

This case connects a lobbyist in Washington convicted of bribery and corruption involving numerous public officials who ends up getting whacked by the mob. Makes ya kinda wonder who hired the mob to do the hit now doesn't it. National Heritage, Goerge Bush and John Gotti. What do those three have in common?

On the left, Neil Young: 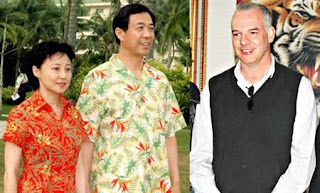 The British businessman whose murder has sparked political upheaval in China was poisoned after he threatened to expose a plan by a Chinese leader's wife to move money abroad, two sources with knowledge of the police investigation said.

It was the first time a specific motive has been revealed for Neil Heywood's murder last November, a death which ended Chinese leader Bo Xilai's hopes of emerging as a top central leader and threw off balance the Communist Party's looming leadership succession.

Bo's wife, Gu Kailai, asked Heywood late last year to move a large sum of money abroad, and she became outraged when he demanded a larger cut of the money than she had expected due to the size of the transaction, the sources said.

She accused him of being greedy and hatched a plan to kill him after he said he could expose her dealings, one of the sources said, summarizing the police case. Both sources have spoken to investigators in Chongqing, the southwestern Chinese city where Heywood was killed and where Bo had cast himself as a crime-fighting Communist Party leader.

I'm not sure what money the Chinese Communists would be laundering. Communists are usually like, if you sell drugs in our country, we will shoot you dead. Problem solved.Kinda like the IRA. However, I do know an author from Montreal that said something about trying to find the Hells angels money laundering ring in China.

Nevertheless, this Jack Abramoff has a web of interesting associates.