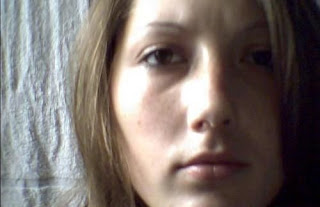 I hesitate writing about such a high profile case on such a somber occasion but I will because I think it’s important. In 2009 a wonderful little girl was kidnapped and murdered in Ontario. The heart wrenching case has naturally received a great deal of media attention.

I haven’t been following the case but one headline recently struck me. It was the claim that the little girl was abducted and murdered over a drug debt. It is one alternate theory presented to the courts.

Terri-Lynne McClintic has already been convicted murder and her boy friend Michael Rafferty is on trial for his involvement in the crime. Understandably both have turned on each other in court.

McClintic admitted that a few weeks ago she pounded, kicked and stomped another inmate who was on the floor in a fetal position. ”I confronted her about things she said about me. Things escalated,” she said. She admitted that she had revealed another secret to her godmother during the same visit by the woman: As a child, she had microwaved a pet dog, killing it. She said she was just a child at the time and didn’t know what she was doing.

Then there’s the drugs. Tara McDonald, Tori’s mother and her boyfriend James Goris denied rumours that Victoria "Tori" Stafford's disappearance was linked to an unpaid drug debt involving the couple.

McDonald acknowledged her boyfriend has a criminal record, but said that is all in the past. With a criminal record that stretches back to roughly 2002, Goris has been convicted in the past of drug possession and theft under $5,000. He also recently appeared in court in Woodstock on an unrelated charge.

However, Tara McDonald testified at Rafferty's trial and said she was addicted to OxyContin at the time her daughter was abducted outside her Woodstock, Ont., school on April 8, 2009.

She and her boyfriend James Goris bought their OxyContin a few times from a woman named Carol McClintic a couple of months before Tori was killed, McDonald said. They went to her house twice — one time her 18-year-old daughter Terri-Lynne was leaving the house as McDonald and Goris arrived, and a second time Terri-Lynne McClintic returned home while McDonald and Goris were there, she said.

This account claims that Terri-Lynne McClintic’s mother was the drug dealer that supplied Tori’s mother and boyfriend with the Oxy.

Sadly, Tori’s mother and her partner, James Goris, are facing drug and stolen property charges. Woodstock Police Const. Steve McEwen says "Both those persons...were charged with possession of a controlled substance as well as possession of property obtained by crime." The pair was arrested two months ago, along with 38-year-old Brandon Annis, after a search warrant for their home was executed. Police say they recovered crack cocaine, marijuana, cash and some property believed to be stolen.

This means that the drug debt theory is indeed possible. Which leads us to ask who runs the drug trade in Ontario? We know the Hells angels have had many drug related convictions in Ontario. Who supplied Terri-Lynne McClintic’s mother with the drugs she sold to Tori’s mother? Who controls the crack trade in Ontario if not the Hells Angels? Yeah I just went there.

Either way we can clearly see what kind of devastating effect these hard drugs have on our communities. Phasing out Oxy was a good move. Stopping the public sale of crack in the next.