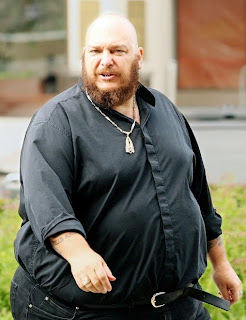 Java the Hut spared his girlfriend a potential criminal record and prison sentence Tuesday, admitting instead he was the one who possessed nearly a quarter of a kilogram of cocaine found in her purse on the front seat of his vintage Cadillac Deville. Wow, that's not very HA like. Usually they'd rather their own son go to jail for them instead of taking the fall themselves.