Wally Oppal and the Picktons of the world 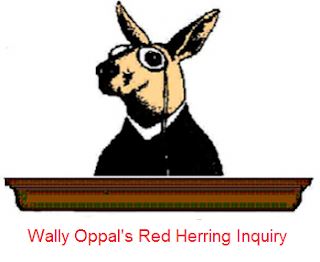 Wally Oppal made an absurdly hypocritical plea for another pay cheque in the paper today. As the Missing Women’s Red Herring Inquiry reconvenes, Wally Oppal made an appeal to continue with the inquiry so all the other Picktons in the world don't win. Somehow proceeding with the highly censored "Panel Discussion" will in some way prevent another serial killer in some other part of the world from getting away with committing murder. Does he really not understand how insanely hypocritical that statement is?

If a drug dealer who sells drugs for the Hells angels in the DTES pushes a woman out of a window for a drug debt, that is highly relevant to the future well being of woman on the DTES. Ashley Machiskinic wasn’t the only one.

Wally Oppal obviously has no regard whatsoever for preventing this kind of atrocity from happening again. It appears he only wants to appease the public and collect a pay cheque at the expense of the most exploited in East Vancouver.

If he was sincerely concerned about preventing this kind of atrocity form repeating itself, he would explore the most important question which should be the heart of the mandate for the missing women inquiry. That question is found in the directions the judge gave to the jury in Robert Pickton’s conviction.

I’m not saying Robert Pickton should have won his appeal nor an I saying I disagree with the instructions the judge gave to the jury. I am saying the instructions the judge gave to the jury were very important and should form the mandate for the missing woman inquiry. It is highly likely Robert Pickton wasn’t the only person involved in all those murders. Who else was involved? That is the primary objective of any responsible citizen who has a genuine concern that this atrocity not be repeated.