The Baseball Team and the Alberta Warriors 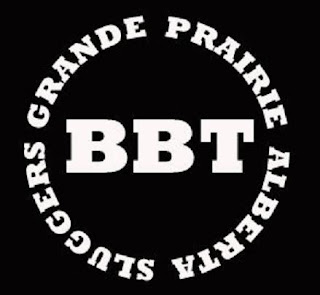 There has been a guilty plea in the Brian Mcfarlane murder. Court documents claim that both parties were members of rival gangs and that those responsible for his murder were members of the Alberta Warriors.

The court document claims Brian Mcfarlane was a member of a rival gang and that is why he was targeted. It doesn’t name his gang but we know that members of the Baseball Team were charged in Grand Prairie’s largest cocaine bust not long after that murder.

At the time of that cocaine bust, sources told us that the Baseball Team were a puppet club for the Hells Angels and that they saw Hells Angels gear in the GP Baseball Team’s clubhouse. Other sources told us that Brian Mcfarlane was an enforced for the Baseball Team and was responsible for similar swarming and beatings that did him in. Although I totally oppose swarming, it doesn’t take a brain surgeon to figure out that steroids don’t make you bullet proof. Just ask Larry Amero.

Posted by Dennis Watson at 1:44 PM