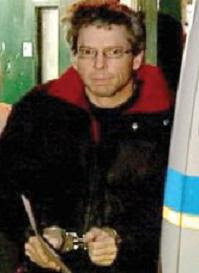 Leslie Greenwood is starting his trial for the murder of Barry Mersereau, and his wife, Nancy Christensen. Barry was the brother of Randy Mersereau who was a former Hells Angel. Jeff Lynds confessed to shooting Randy on behalf of the Hells Angels. Randy had left the group and started selling drugs on his own instead of for the Hells Angels.

It's strange how in this trial, the claim is that Jeff Lynds, a member of the Hells Angels at the time ordered Leslie Greenwood to murder Barry and Nancy, but Jeff was never charged. There have been all kinds of speculation about Jeff making a plea bargain. He ended up committing suicide in prison, so we are told. I just find it strange that the shooter is being charged while the one that ordered the hit is not. Idealistically, if the Hells Angels ordered a murder, that criminal organization should be tried for the murder as an organization.