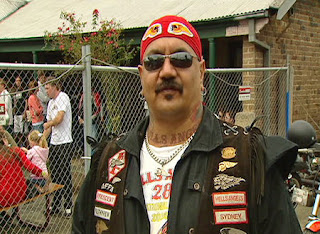 The series of drive-by shootings that erupted in Sydney's west in the early hours of Tuesday was part of a simmering feud between two rival bikie gangs going back more than a year. Four of the five premises targeted in the violent attacks yesterday were homes and businesses linked to members of the Hells Angels.